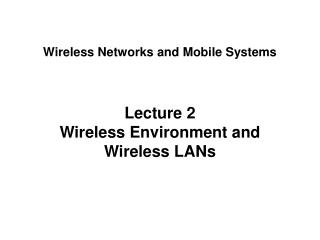 Wireless LANs - . overview. what is wireless? the term wireless refers to telecommunication technology, in which radio