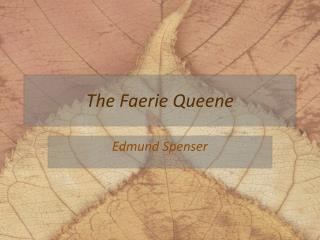 POETRY-1 (ENG403) - . lecture – 32. review of the poem. theme invocation to the muse belinda in her bedroom belinda’s

The Epic of Gilgamesh - . by diana perkins and kallee mudd. where did it take place?. the epic of gilgamesh was written

Sonnet 54 - . edmund spenser. a cambridge graduate (with an m.a.), spenser lived under elizabeth i’s rule. he wrote the

Epithet &amp; Epic Similies - . epic simile. simile comparison using like or as ex: “you’re as cute as a

Types of Poetry and Examples - . allegorical poetry. is a figurative mode of representation conveying a meaning other