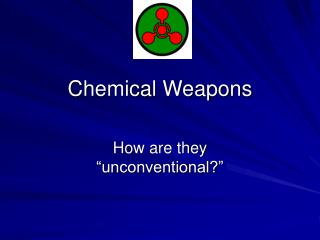 Introduction to Chemical Weapons - . ysu – weapons of mass destruction course. paraclesus. described by some as the

Chemical and Biological Weapons - . prepared by the medical association for prevention of war. biological and chemical

From Camouflage to Chemical Weapons - . tactics and countermeasures in the world of herpetology . i – camouflage.

ORGANISATION FOR THE PROHIBITION OF CHEMICAL WEAPONS - Unicr-opcw seminar multilateral approaches to non-proliferation.

PHILIPPINE COMPLIANCE WITH THE CHEMICAL WEAPONS CONVENTION - . philippine implementation of the chemical weapons