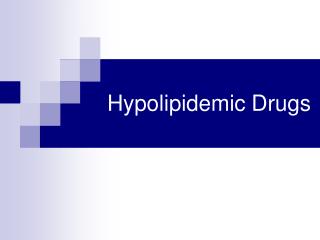 Hypolipidemic drugs - . a. introduction . over 93% of the fat that is consumed in the diet is in the form of