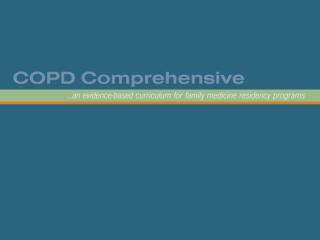 PERFORMING A NEEDS ASSESSMENT AND THE PREVENTION PLANNING PROCESS - . learning objectives. describe the basic steps in

Accident Prevention Program (APP) - . an overview. purpose: to assist you in developing and implementing a written

Nutritional management in COPD and the role of targeted nutrition - . copd and nutritional status. malnutrition in copd