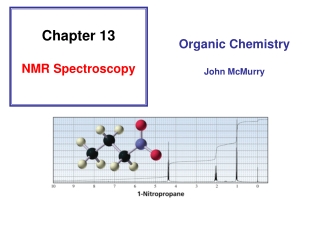 Overview of Spectroscopy - . use of physical methods to determine structures in organic chemistry. spectroscopy in

CHAPTER 9 - . spectroscopy: the study of the interaction of energy with matter energy applied to matter can be absorbed,