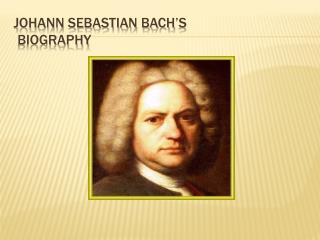 Bach and the Fugue - . who was bach? what is a fugue? why should i care?. johann sebastian bach was a famous composer who