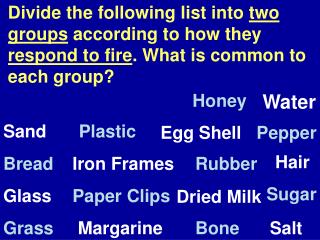 Peterson Grabber - . bottom seeker that gets items off the ocean floor. the peterson grabber is used to gather sediment

Physical Boot Camp - . 5.5c demonstrate that some mixtures maintain physical properties of their ingredients such as

The Abacus - . what is it?. the history. abacus is a latin word meaning “sand tray” pebbles replaced the sand salamis