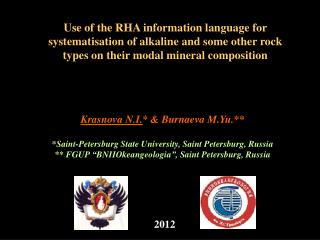 1.b. Macroalgae In freshwater biota: Charophytes limited to oligotrophic, alkaline waters . - 1.b. macroalgae in

Natural Language Processing COMPSCI 423/723 - . rohit kate. information retrieval. some of the slides have been adapted