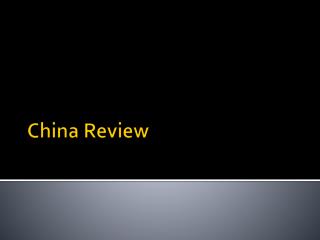 China Review. What were the primary goals of the Taiping Rebellion. Hong Xiuquan , a Christian, wanted to reform society based on Western principles. He advocated for a modernization of Chinese society, the abolition of private property, and a free public education. .

Vivo Z10 Review: The Chinese Brand Is Back With A New Phone - A technology review form justinreviews, that is dedicated