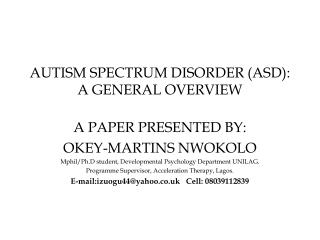 What is ASD? - . parent information session. aim for today…. to learn about and increase understanding of asd and how

WHAT IS AUTISM? - . created by: autism yukon, june 2006 using information from the alberta learning &amp; teaching