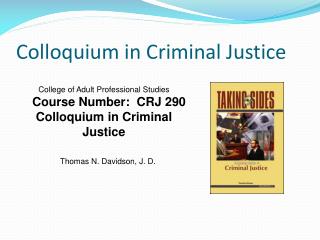 Juveniles in the Criminal Justice System - . slide 2. chapter objectives. explain what a waiver to adult court is. list

What Works and What Doesn’t in Reducing Recidivism: Applying the Principles of Effective Intervention - . presented by:

Chapter 13 Juvenile Justice in the Twenty-First Century - . learning objectives. describe the nature/purpose of the

Case 4: Social Justice - . the cases in this chapter examine what the media’s role is in social justice. does the media