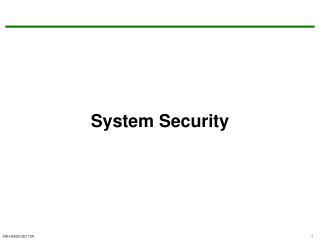 Operating System Security : - . a study of windows rootkits. david phillips. what is a “rootkit”?. the term