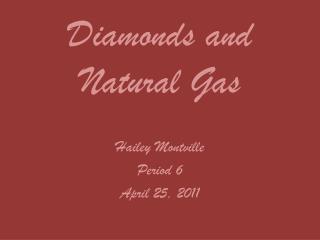 Natural gas and diamonds - . by: lauryn jackson. what are they used for?. diamonds are used for any things like cutting,

Lab-Grown Diamonds vs Natural Diamonds - Have you heard about lab grown diamonds? might be by the name you may consider

Natural Gas - . what is natural

NATURAL GAS - . by: sarah presley, justin slaght, and julia nahrstedt. what is natural gas?. natural gas is a fuel

NATURAL GAS - Only you can prevent wildfires. natural gas. by hannah lee, stephanie magvas, theresa farnan. what is

Natural Gas - . energy density generally produces around 49 megajoules per kilogram of natural gas; this is less than