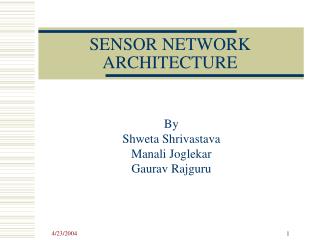 Sensor Networks N ode architecture - . goals of this chapter. survey the main components of the composition of a node for