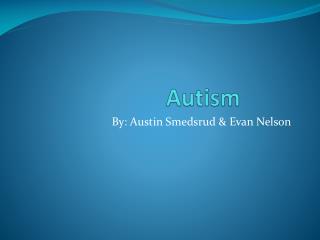 Autism . By: Austin Smedsrud & Evan Nelson. What is Autism. Autism is a range of different disorders, which include: social impairments, communication problems, and restricted, repetitive, and certain patterns of behavior.