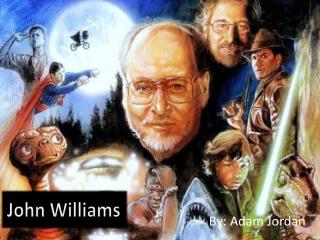 Gospel of John - . john 8. truth and freedom. announcements. john 8. part i. exegesis. a. icebreaker. b. questions. (to

“I am the gate for the sheep” John 10 - . a stair gate. brandenburg gate. mon. downing street gates. football

John Wallis - . john was born at ashford on november 22, 1616 he became interested in mathematics after reading his

John Cabot - . created by: summer bakayou. discovery. john cabot was a native of genoa and a citizen of venice, who

Tennessee williams - “then and there the theatre and i found each other for better or for worse. i know it’s the only