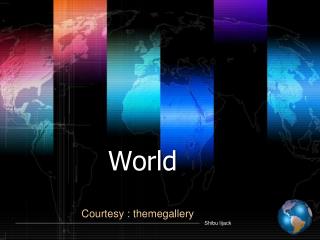 World Beautiful Waterfalls - Waterfalls are definitely the natural wonders on earth. visiting some of these waterfalls

“Around The World In 80 Days” By: Jules Verne - . the plot summary for chapter

Ancient World Religions - . mr. wilson wren high school. the vedic religion. map of the beginnings. the religion of the

Making the world a better place - . teaching our children to save the world by brooke crandall. children around the world

Top 10 most beautiful beaches in the world