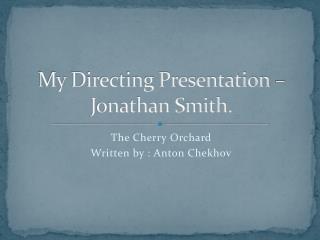 My work - . a slide show the work i have done made by: blake manship.

My Work - . j. david pendry. atkins logo. aliens in the field. the moon on a textured box. rendered wine glass. my 1948

My work - . past works: 1) (madrid) data analysis in l3, lep: - measurement of the mass, width and cross section of the w

My Work - . overview of content. structure. mapped to aceg framework for careers and work-related learning 2012 covers

My work - . a slide show the work i have done made by: blake m anship.

My work project - . add simple kinematics functions and then more complex routines like thrust and jet algorithms to the

My work Experience - Thunderbird horse center. “all horses are not created equal. time is spent making good ones

My Work Experience - . usman 9-13 july 2012. hebp: what do i know about it?. hounslow education business partnership

My Comparing Art Work - . by diederich rodas. my art work. this is a great drawing of mine. “outside of smitha ” i

All My Own Work: - . module 3: plagiarism. what is plagiarism?. 'plagiarism is when you pretend that you have written

ALL MY SCHOOL WORK - . bryce’s school work to be exact . math. the first unit in math was multiplication the second

My Favorite Art Work - . by: meghan stephany. about the painting. painting name: christ crucified with toledo in the

All my own work? - . smoothing transition into higher education by increasing plagiarism awareness. sarah george and