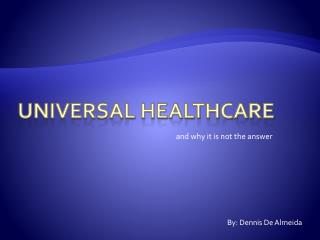 Evaluation of Healthcare in Digital Marketing - Healthcare digital marketing is a big transformer for many hospitals;

UNIVERSAL BRIDGE - - . external file formats. this appendix outlines the requirements for the external files that are

Customer Service – The Roadmap to the Future of Healthcare - . frank a. corvino president and ceo greenwich hospital.

NOTE FOR HEALTHCARE PROFESSIONAL - . this presentation has been provided to you upon request. if presenting this to other

Universal Design - . ensuring access to the internet for all users. &quot;the world is harder when it is not

Guidance for the Selection and Use of Personal Protective Equipment (PPE) in Healthcare Settings - . improve personnel