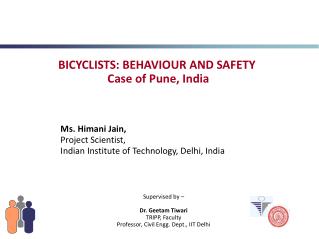 Jainism - . november 2011. jainism. jainism is an indian religion of ancient origins there are between four and twelve

BrownBag Seminar talk by Professor B V Ramana on - . “the art of text book writing ”. who am i?. i am b v ramana .