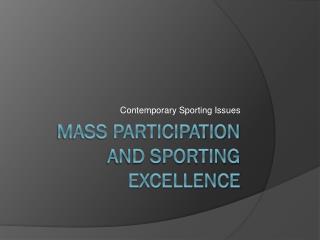 Excellence in a Box - . a performance improvement approach to focus on what matters most. presented by:. janis glenn,

Success and Excellence - Eric angat teacher. success and excellence. essential question. how do we attain success and

Yachting victoria participation what does it mean for clubs? - . philip coombs clubs forum august 2012. ya national

Presentation 2 – Goal-makers, Record-breakers - . learning objectives. to understand how to plan a pe/sporting