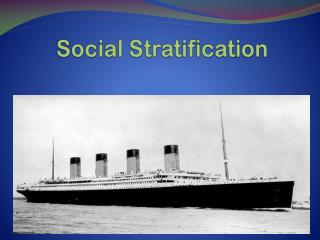 Deviance and Social Control - . chapter 7. social control. strategies for regulating human behavior in any society at all

Definition of Social Stratification - . separation of members of a society on the basis of certain characteristics. the