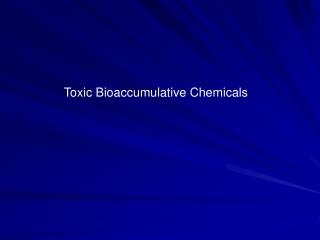 Chemicals and toxic waste - . introduction i ) what are toxic waste and what are chemicals 1) where do they come from

A Study of Toxic Chemicals in Washingtonians - . a project of the toxic-free legacy coalition: breast cancer fund,

Mangoes That Contain Toxic Chemicals by Education Craze - Mangoes is known as king of fruits, there is a chance it may