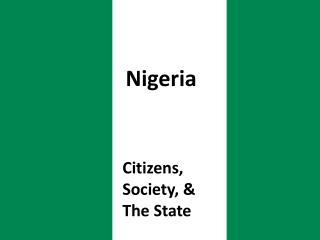 Dystopia - . this world ain’t perfect…. what is a dystopia?. dystopia is the opposite of utopia which means “a

Citizens / Society State - Jennifer, kirsten, and amy. citizens / society state. cleavages. nigeria has one of the most

CITIZENS, SOCIETY AND THE STATE - . by emmanuelminja. back ground info. mexican citizens have participated with their

Functions of the Media in a Free Society - . “what you see is news; what you know is background; what you feel is

Part Four: Citizens, Society &amp; the State - . “i was in civil society long before i was ever in politics or my

Feudal Society Political Structure - . objectives. our lesson today is on the political structure of the feudal system

Dystopian societies - . dystopia. a futuristic, imagined universe in which oppressive societal control and the illusion

Utopia and Dystopia - . utopia. utopia: a place, state, or condition that is ideally perfect in respect of politics,

The Dystopian Society - . utopia. definition: a place, state, or condition that is ideally perfect in respects of

Good Citizens and Respect - . i will: discuss what a ‘good’ citizen should do or be. examine corporal punishment as

Government and Society - . 11.2. could veto the decisions of consuls and other magistrates. had power over all citizens,