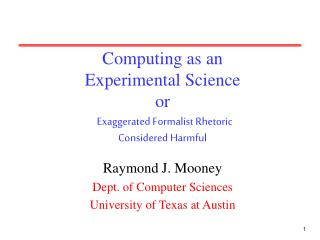 Experimenting with Experimental Brain Science - . dr. michael raucci. education is not the filling of a pail, but the