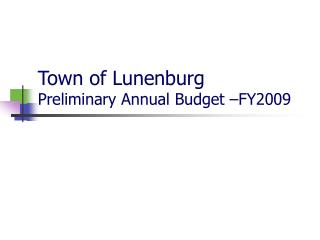 Town of Lunenburg Preliminary Annual Budget –FY2009. FY2009 Recommendation. Acknowledgements Generally these are made at the end of the presentation, however, these are too important not to mention up front.