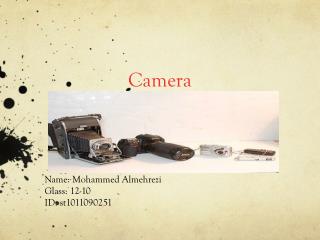 Operating a Camera - Whenever possible, the camcorder or eng/efp camera should be on a tripod. ... found on most

Style, Camera and Editing - This powerpoint lecture was distilled from chapter 6 - style and the camera, and chapter 7-