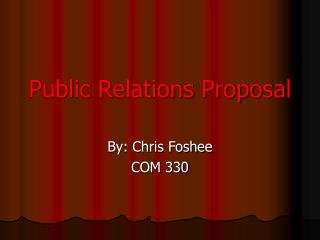 INSTAAR - . instaar. proposal writer ’ s guide. what is a proposal?. a proposal is a request to a sponsor for