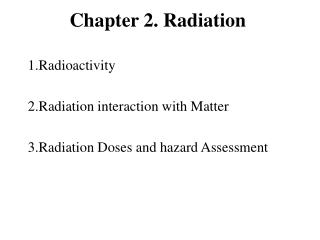 BIOLOGICAL EFFECTS OF IONIZING RADIATION AT MOLECUL ES AND C ELL S - . the stage of action of ionizing radiation. effect