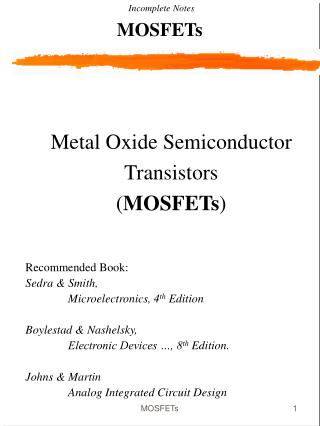 Noise and degradation in power MOSFETs - . this research is just starting. we will post results