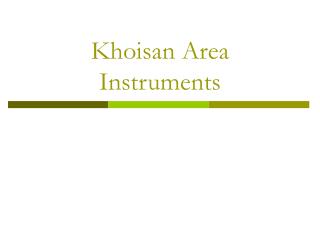 Bohemian Oil Can Guitars - Get your own bohemian electric oil can guitar from cape town, south africa. these guitars are Drumming and singing by Peter Okeno Ong’are and Ngoma Vuma Uropa - Durham. spotlight on africa an evening of cultural

Swahili - . who speaks swahili?. swahili (or kiswahili) is a national language in kenya , tanzania and uganda. there are Chapter 10 - . area. area of rectangles and parallelograms. area = bh where b is the base and h is the height

Musical Instruments - . families and properties . around the world, thousands of different instruments are used they vary

Perimeter, Area and Volume - . grades f to a. rectangles and triangles. hyperlinks!. counting squares. parallelograms and