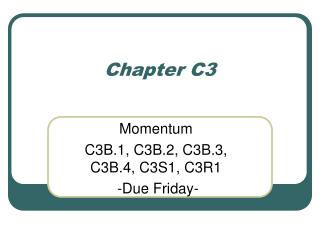 C3 Summary - . this is just a simple list of topics and ideas, based on the syllabus, or specification for the triple and

C3 Contents - How to operate t his powerpoint select slideshow and click on “from beginning”. click once and this box

C3 revision - . links and downloads that will help with revision. aqa.

C3. Addition Polymers - . 3.1 describe and explain how the properties of polymers depend on their structural features 3.2