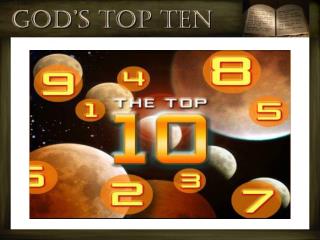 iTunes Top Ten. FBI’s Ten Most Wanted List. Top Ten Urinals?. Ten Commandments. No other gods No Idols No profaning God’s name Keep the Sabbath Honor your parents . Ten Commandments. Do not murder Do not commit adultery Do not steal Do not lie Do not covet. Release Mac Space: Move iTunes Library to Other Location - It is time to set about dealing with the problem and freeing iPhone Backup Viewer: View iTunes & iCloud Data on Computer - But how can you view itunes and icloud data on computer Gods and Goddesses - . by: angelo saccamango. athena goddess of wisdom. she was the favorite child of zeus her mother was

ten commandments - . by: nick, grace, and kenzie . being a christian means that you fulfill and follow the commandments

The 15 Olympian Gods and Goddesses - . by sarah lane. zeus . he is the king of mount. olympus. lord of the universe. his

Help Wanted! - Some other facts about inchy : measurements can really add up. inchy often uses himself to measure small

Differences in the Ways Men and Women Communicate - . • may stem in part from traditional differences in power within