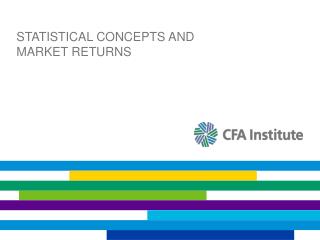 Statistical concepts and market returns. Populations and samples. The subset of data used in statistical inference is known as a sample and the larger body of data is known as the population. The population is defined as all members of the group in which we are interested. Sample.