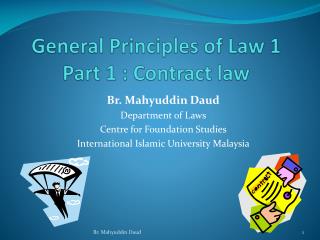 IS3350 Security Issues in Legal Context Unit 8 Cyberspace and the Law - . learning objectives. describe the role of

The Sale of Goods - Part I General Principles and Contract Formation - . what are goods?. physical things, not services

GENERAL PRINCIPLES - . principle of conferred powers. article 5 1. the limits of union competences are governed by the