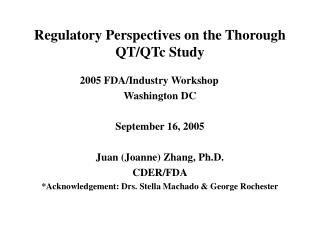 NRC Backfitting and Regulatory Analysis: Practices and Perspectives in 2009 - . geary mizuno – nrc office of the

Company Introduction - . the frontage advantage. attention, efficiency, and expertise. who is frontage laboratories?. we

Metabolism and Toxicology - . finding a substance that shows an effect in vitro does not mean that this is a suitable

Electrolyte Abnormalities in the Hospitalized Patient - . cynthia seitz md. goals of the lecture. discuss the electrolyte

Safety Pharmacology - . outline of lecture. definition of safety pharmacology why is it important? role in drug discovery

The Expectation Triad - . regulatory compliance: “ensuring that all of the required standards are being met”.

Alma Swan Key Perspectives Ltd Truro, UK - Ankos workshop 2006: the institutional repository: what it can do for your