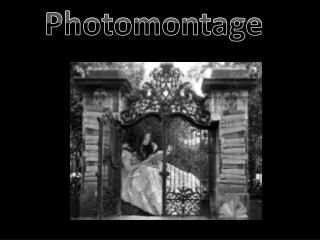 Collage/Photo Montage - . a short intro to. by jennifer moller. picasso cubism. guitar and sheet music. still life on a

Jo Kidd and Terry Thompson - . www.abbotsmillproject.co.uk. mission. to develop a hub about sustainability in an urban

LYON - . have you ever come to lyon? follow us on a sightseeing tour for a weekend !. place des terreaux. saturday 10

Surreal Collage Project - . what both i and the ap portfolio readers are looking for…. excellence verve imagination

D A D A I S M - . dada is an art. dadaism or dada is a post-world war i cultural movement in visual art as well as

Dada Art Movement - . &quot;dada is a state of mind... dada is artistic free thinking... dada gives itself to

The Art and Life of Romare Bearden - . social activism through art. who was romare bearden?. african-american artist born

Photomontage - . one of the many surrealist methods used by the new vision photographers was that of photomontage.