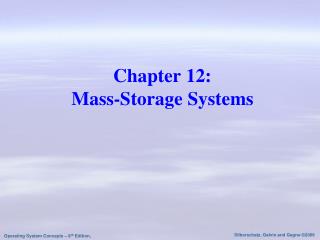 Chapter 12: Mass-Storage Systems. Objectives. Describe the physical structure of secondary and tertiary storage devices and the resulting effects on the uses of the devices Explain the performance characteristics of mass-storage devices