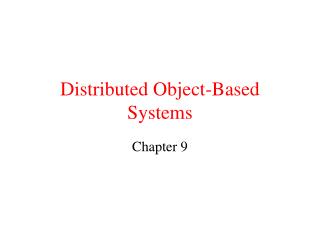 Distributed Web-Based Systems - . given credit where it is due. most of the slides are from beyhan akporay at bilkent