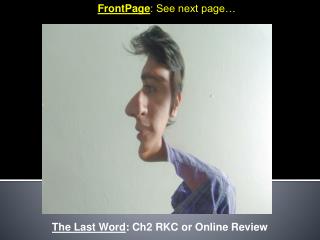 Chapter Intro-page 140 - . what you ’ ll learn. you will relate an atom ’ s interactions with other atoms to its

Project 2 - . creating a web site with links. objectives. describe linking terms and definitions add a link to another

Second-Chance Algorithm - . basically, it’s a fifo algorithm when a page has been selected, we inspect its reference

Chapter Intro-page 442 - . what you’ll learn. you will identify and compare various methods of classification. you will