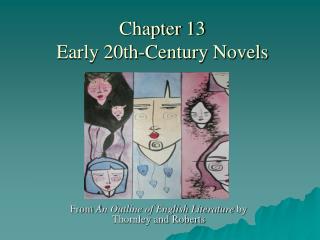 Chapter 13 Early 20th-Century Novels. From An Outline of English Literature by Thornley and Roberts. English Novels of the 20th Century. Disappearance of the British Empire (p.144) The changes in beliefs and political ideas were influenced strongly by the events of the WWI. Chapter 14 Early 20th-Century Drama - . from an outline of english literature by thornley and roberts. several general

20th Century - . analysis of child development theories and methods. anthropology. when we move into the 20th

20th Century - Rapid changes in styles that sometimes merged.paris is the center of the western art worldby ww11 artists

Child Labour in the Early 20th Century - . children were drawn into the labour force throughout most of american history.