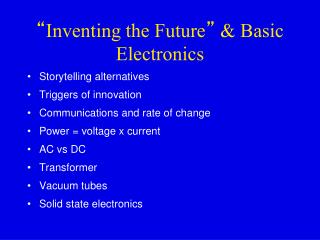 Basic Nutrition - . you will be given 10 seconds after each question before the slides advance to the answer page. to

Electronics - . “the science that deals with the control of electrons in an electrical circuit or system”.