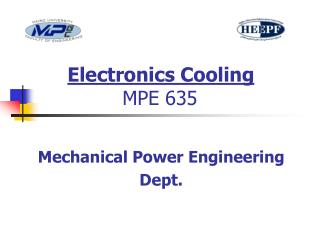 Engine Cooling And Lubrication - . engine cooling. during combustion of fuel tremendous amount of heat is produced. .

Silicon microchannels studies for the ITS upgrade - . francescon its-mft mini-week 12.03.14. silicon micro-channels for

PACKAGED FRONT END COOLING TEST - . the front ends of the outer tracker are closely packed, heat must be extracted with

A few words on CMS Tracker and its cooling Details of the TOB cooling - Experience from cms tracker cooling: tracker

Best Way to Learn Electronics - Would be to learn electronics through various books and references. there are various