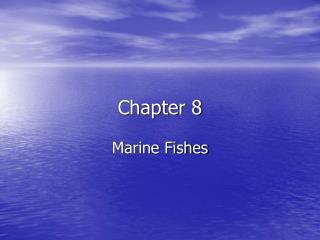 Chapter 8. Marine Fishes. Classification of Fishes. Marine Fish. Marine fish are vertebrates They were the first vertebrates 500 million years ago. Fish are the oldest of vertebrates (found farther back in the fossil record )