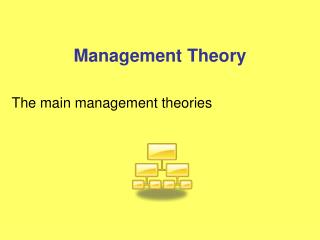 Evolution of management - . “it is the multipurpose organ that manages business, managers, workers and work”./ peter

Consciousness - . what is consciousness?. why do we sleep?. rem rebound restorative theory/systems maintenance theory

Relationship Management Theory - . by: tori, sarah &amp; katie. agenda. brief explanation of the emergence of this

MANAGEMENT HISTORY - . mim332e. what is management : getting things done through other people what can history tell us?

BUS1MIS Management Information Systems - The mis exam. is worth 100 marks.time allowed is 2 hours.covers the theory and