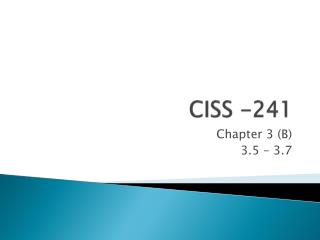 Why CISS ? - . 80% of all software is embedded demands for increased functionality with minimal resources requires