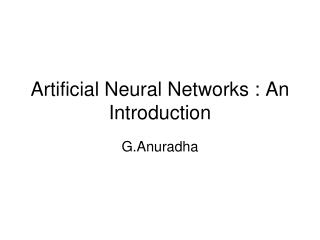 INTRODUCTION TO ARTIFICIAL NEURAL NETWORKS (ANN) - . mohammed shbier. outline. definition, why and how are neural

Neural Networks - . week 5. applications. predict the taste of coors beer as a function of its chemical composition. what