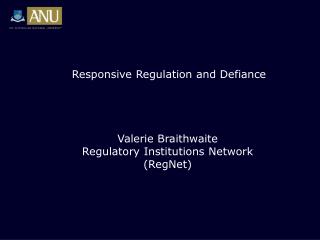 The Complete Picture - . like drinking from a fire hydrant. why the complete picture?. it’s not enough to know what to

Co-operative Compliance : a Framework - . from “ enhanced relationship ” to “ co-operative compliance ”.

Understanding Behavior from the Outside In Children with Challenging Behavior: Strategies for Reflective Thinking