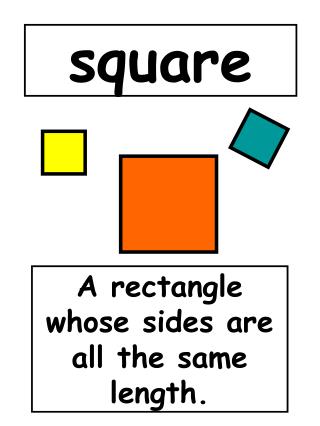 square - . a rectangle whose sides are all the same length. square array. a rectangular array with the same number of

Finding square root of imperfect square - . square root. definition: when a number is multiplied by itself